Since 2010 Shao-Chia Lü is Music Director of the Taiwan National Symphony Orchestra. His imaginative programming and his conducting at the highest musical level have allowed the orchestra to obtain great international recognition. Their first tour to China in 2012 and a tour in Europe 2013 were greeted everywhere with enthusiasm. Their success continued during their tours of North America in 2016 and 2019 and once again in Europe in 2013 and 2017. The orchestra will return to Europe in spring 2020. From 2014 – 2017, Shao-Chia Lü has also been the Music Director of the Sønderjyllands Symfoniorkester in Denmark.

His debut as a concert conductor took place in 1994 with the Munich Philharmonic. Ever since he has conducted regularly many leading European orchestras such as the Concertgebouw Orchestra Amsterdam, the Orchestra Sinfonica di Santa Cecilia Roma, the Oslo Philharmonic, the Gothenburg Symphonic, the Norwegian and Swedish Radio orchestras, the Helsinki Philharmonic, the Royal Liverpool Philharmonic, the Bournemouth Symphony Orchestra, the Orchestre National de France, the Orchestre National d’Ile de France, the SWR Symphony Orchestra, the Museum Orchestra Frankfurt, the Dortmund and the Magdeburg Philharmonic. In October 2011, he replaced with great success Daniele Gatti at a performance of Le Sacre du printemps with the Concertgebouw Orchestra. In February 2020, he will give his debut with the Oldenburgisches Staatsorchester.

In recent years, Shao-Chia Lü has increased his activities in Asia. His debuts with the China Philharmonic, the Shanghai Symphony, the Shenzhen Symphony and the Hong Kong Philharmonic were all major successes. In the summer of 2017, he conducted Tristan and Isolde in Beijing, premiered under Sir Simon Rattle at the Festspielhaus Baden-Baden, co-produced with the Met and Opera Beijing. He also performed with the NHK Symphony Orchestra, the Tokyo Metropolitan and New Japan Philharmonic as well as with the Seoul Philharmonic and the KBS Symphony Orchestra in South Korea.

In 1995, he began his opera career as first Kapellmeister at the Komische Oper Berlin. Many guest appearances followed, among others at the Australian Opera Sydney, the English National Opera, the Théâtre de la Monnaie in Brussels, the Norske Opera in Oslo, the Gothenburg Opera, the Frankfurt Opera, Staatsoper Hamburg, Staatsoper Stuttgart as well as at the Deutsche Oper Berlin.

In 1998, he became General Music Director of both the Staatsorchester Rheinische Philharmonie Koblenz and the Koblenz Theatre. From 2001 to 2006 he assumed the position of General Music Director at the Staatsoper Hannover. The critics highly praised his sensitive, dramatic and profound interpretation of his many opera productions. His repertoire includes Aida, Otello, Ernani, Turandot, Madama Butterfly, Tosca, La Bohème, Le Nozze di Figaro, Fidelio, Parsifal, Die Walküre, Tristan und Isolde, Der fliegende Holländer, Der Rosenkavalier, Elektra, Salome, Katia Kabanova, Jenufa, Věc Makropoulos and Wozzeck. In the summer of 2004, he and the ensemble of the Staatsoper Hannover were singled out for special praise for the performance of Debussy’s Pelléas and Mélisande in the renowned festivals of Vienna and Edinburgh.

The Taiwan-born conductor Shao-Chia Lü studied music in Taipei, later at the Indiana University in Bloomington, USA and also at the Hochschule für Musik in Vienna. His training was topped off with three important first prizes at important international conductor competitions in Besançon, Trento and Amsterdam.

Finally: a satisfying live performance of the Bruckner 8th from beginning to end. Finally! He (Shao-Chia Lü)  is a passionate conductor and an effective communicator…Lü’s style is to maintain energy and tension.
(Taipei, 2015 Neil Schore) 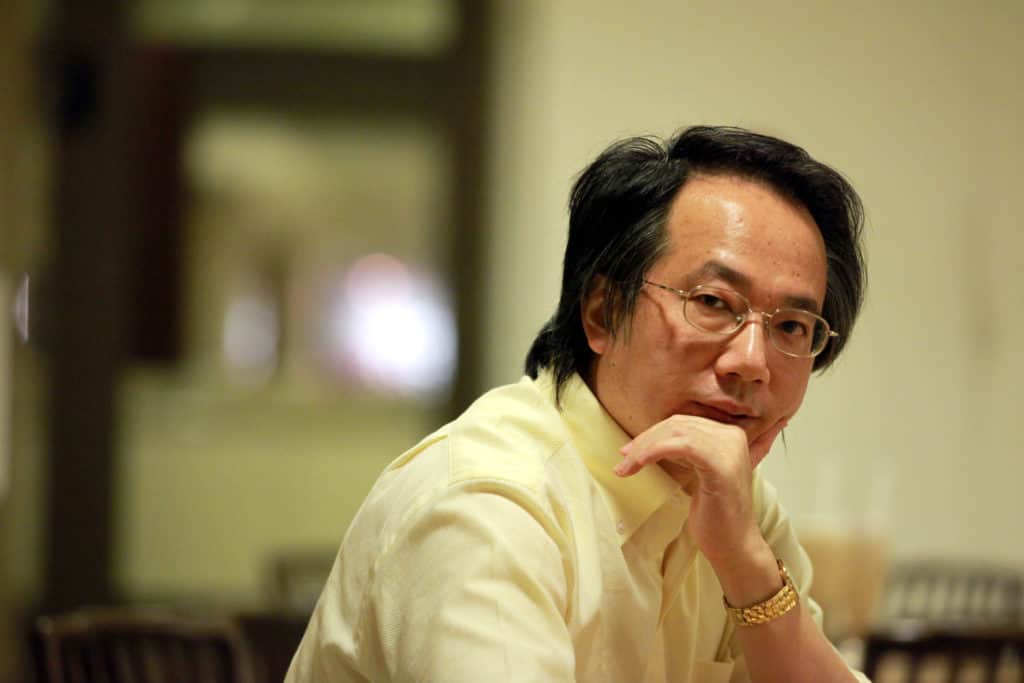 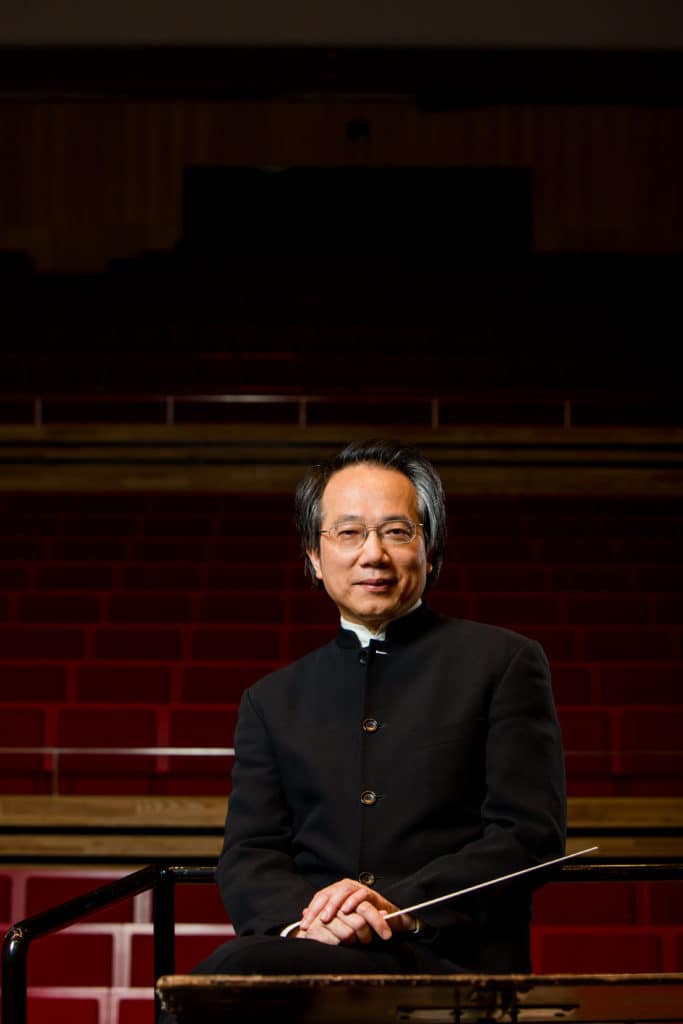 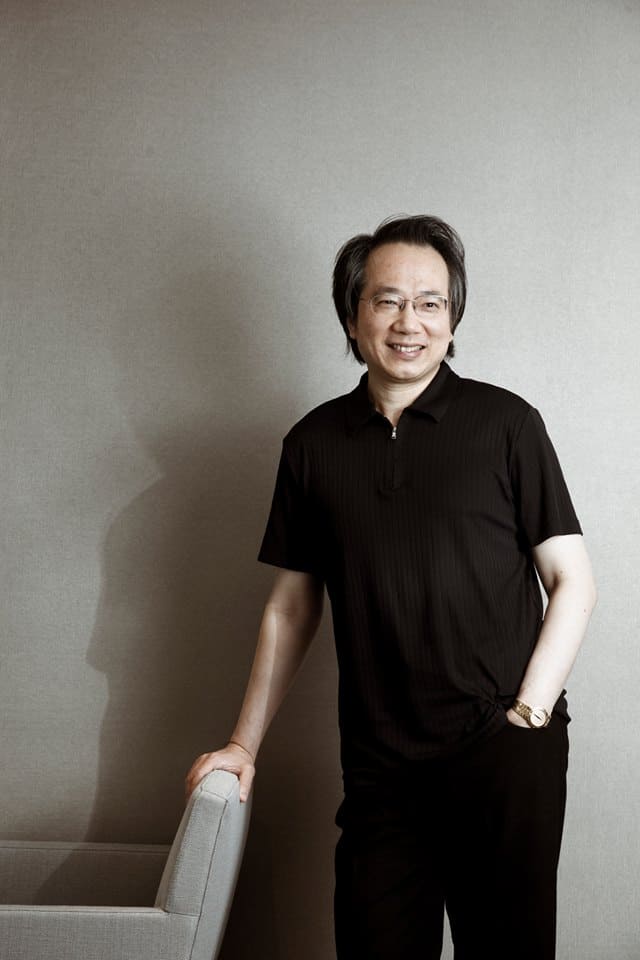