After having conducted new productions of Meyerbeer‘s Dinorah, Puccini’s Tosca, Donizetti’s Don Pasquale and Rossini’s Barber of Sevilla during the last seasons in Görlitz, she will conduct new productions of Mozart’s Don Giovanni, Weill’s Aufstieg und Fall der Stadt Mahagonny and the children’s opera Schneewittchen by Marius Felix Lange in 2021/2022. Her concert repertoire next season extends from Joseph Haydn to Nadia Boulanger with Anton Bruckner, Piotr Tchaikovsky and Francis Poulenc in between.

As a guest conductor, Ewa Strusińska gave her debut at the Danish Royal Opera in Copenhague in August 2021. Further guest engagements in 2021/2022 include concerts with the Staatskapelle Halle, the Südwestdeutsche Philharmonie Konstanz, the Philharmonic Orchestra Vorpommern, the Jönköpings Sinfonietta in Sweden as well as again with the Brandenburgisches Staatsorchester Frankfurt/Oder.  She is also more and more in demand for international competitions: in June 2019 she conducted the BBC National Orchestra of Wales at the BBC Cardiff Singers of the World Competition and in September 2019, she presided the jury at the prestigious Aeolus Wind Competition at the Tonhalle Düsseldorf.

From 2013 to 2016, Ewa Strusińska held the position of Music Director and Principal Conductor of the Szczecin Philharmonic Orchestra where she left a lasting mark on the music life of the city and led the orchestra to a previously unknown brilliance in the new Philharmonic Hall.

In Poland, she has worked during the last years with orchestras like the National Symphony Orchestra of the Polish Radio Katowice, the orchestras of Łódź, Bydgoszcz, Opole and Olsztyn. She regularly returns to the Sinfonia Varsovia, to the Orchestra of the Beethoven Academy in Cracow and to the Warsaw Philharmonic Orchestra.

A very important aspect of Ewa Strusińska’s activity is in the lyric field. She gathered wide experience with the repertoire at the Buxton Opera Festival in Great Britain, at the Royal Northern College of Music, at the Royal Ballet Covent Garden and then as an assistant in Warsaw’s National Opera and Ballet from 2011 – 2013. Here she worked on not only well-known Italian and German repertoire but also on rarities like Stravinsky’s Le Rossignol, Dusapin’s Medeamaterial and Stanislaw Moniuszko’s The Haunted Manor, directed by David Pountney. After her debut at the Magdeburg Opera in January 2016 with Tchaikovsky’s Sleeping Beauty, she was reinvited in March 2017 for a new production of the Csárdásfürstin.

Ewa Strusińska has a particular commitment to getting music across to young people and to prepare musicians of the future. She teaches at the Royal Northern College of Music in Manchester, conducts different orchestras and choirs in England and regularly works with the Landesjugendorchester Berlin and the South African National Youth Orchestra. She initiated several cross-border projects with young people in Germany – Poland – the Czech Republic like the Lausitz Orchestra Academy “Young Philharmonic”.

After her diploma at the Fryderyk Chopin Music Academy in Warsaw,  Ewa Strusińska became known abroad as a laureate of the Bamberg Symphony’s Conducting Competition Gustav Mahler  in 2007.  From 2008 – 2010 she worked as the assistant conductor of Sir Mark Elder with the Hallé Orchestra in Manchester and participated in numerous master classes led by Antoni Wit, Gabriel Chmura, Bruno Weil, Kurt Masur and Valery Gergiev with the London Symphony Orchestra.

After her recording of works by Moniuszko, Chopin and Lutosławski with the orchestra of the Beethoven Academy and pianist Martin Labazevitch in 2015, her recording of the Symphony No. 4 by Grażyna Bacewicz with the Sinfonia Varsovia was released in 2018.

Ewa Strusińska lead the Neue Lausitzer Philharmonie with dexterity, deftness and quickness through the fiery repetitions of spectrum sounds and – together with the singers and the splendidly prepared chorus – unfolded layers upon layers of sound with an immense power of attraction. (…)
(​Operapoint  – Barber of Seville) 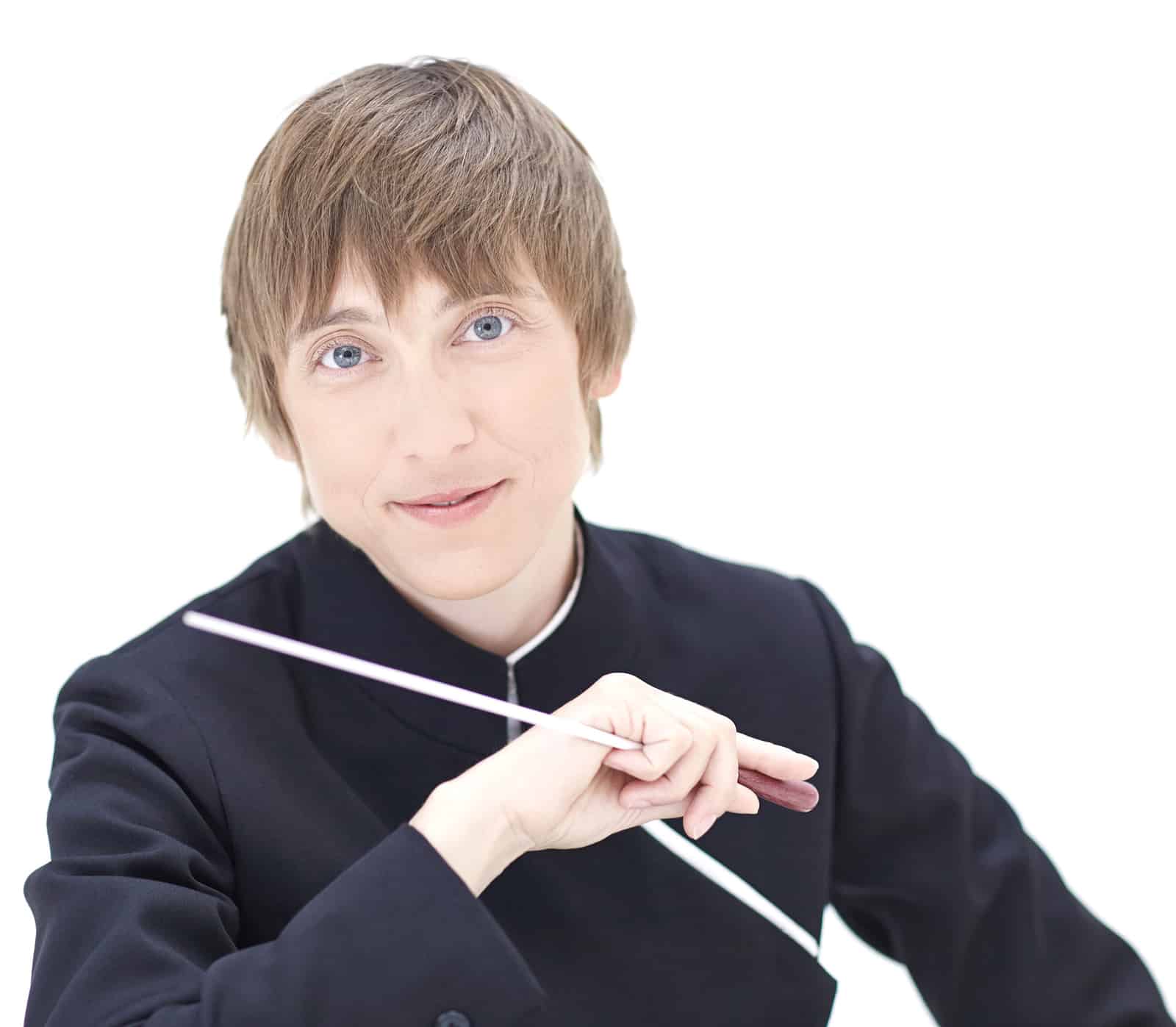 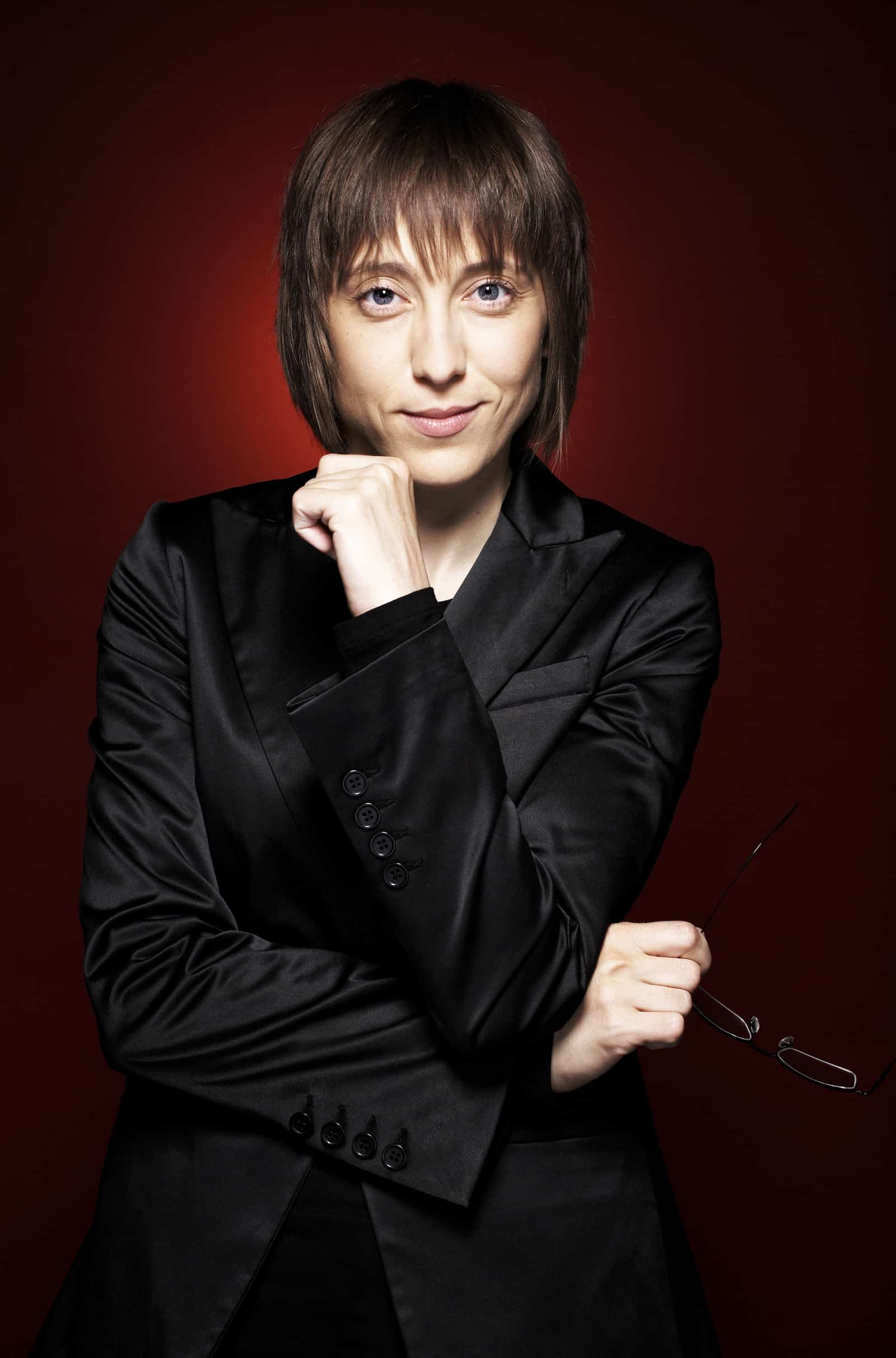 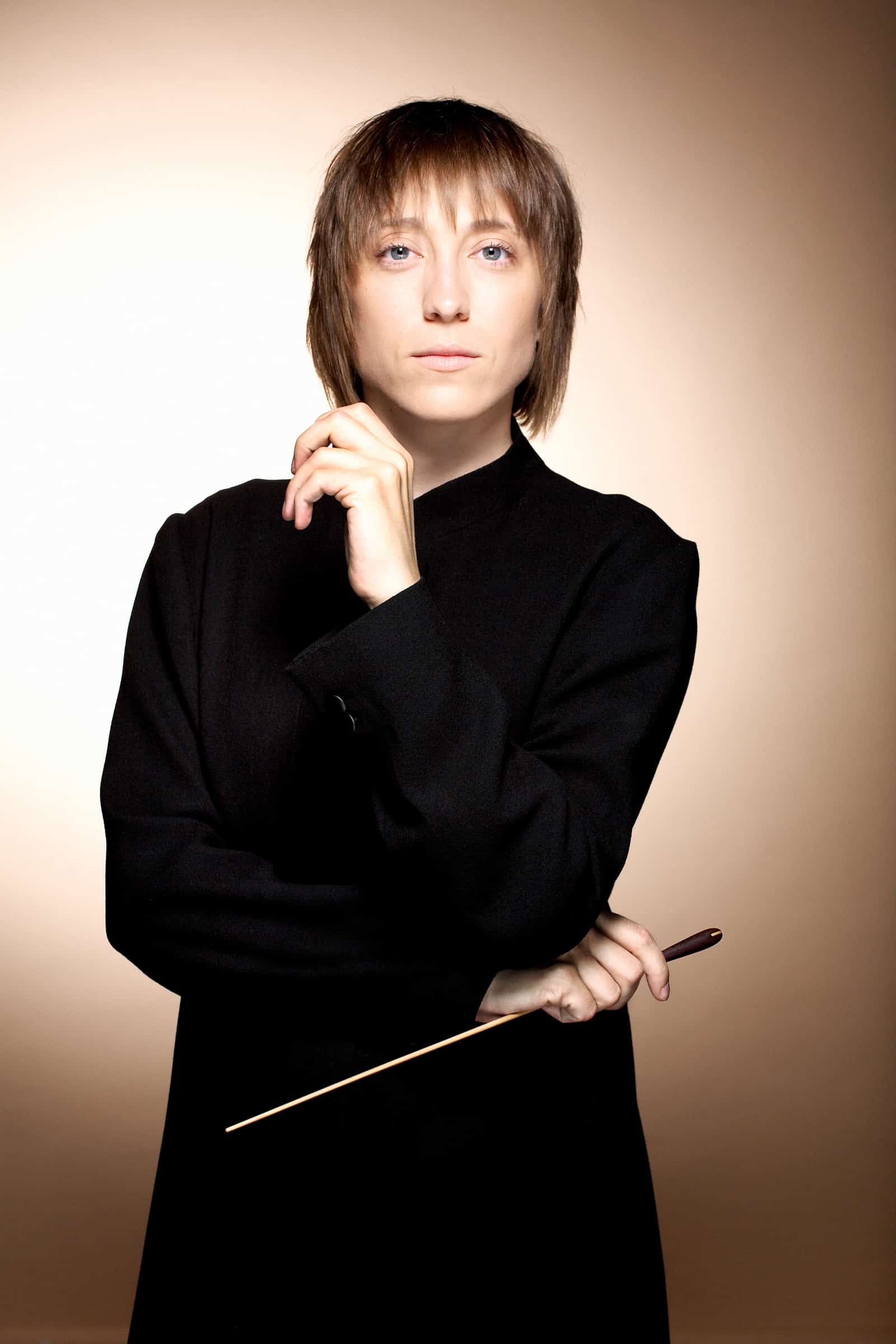