Polina Tarasenko was born in 2001 in the small town of Kherson, in the south of Ukraine.

She began to play music very early, at the age of 5, on a drum kit in the children’s jazz group “Dixieland” in the Kherson Palace of Children’s and Youth Creativity under the guidance of the Honored Worker of Culture of Ukraine, Semen Ryvkin. Over the next 5 years, he also taught her to play the saxophone, trumpet and trombone. As part of “Dixieland”, she regularly performed at concerts and festivals, not only in Ukraine, but also abroad. Already during this period, she combined jazz with classical music and studied piano and musical theory.

After the death of her first teacher in 2011, Polina met the Russian trombonist Alexander Nyankin on the Internet, who at that time lived and worked in Taiwan. He gave her lessons via Skype and prepared her for participation in the Rotary competition in 2013 in Moscow.

In this competition, Polina took 4th place and a special jury prize, and received an invitation from Michail Khokhlov, director of the Gnessin Moscow Special School of Music to study there without entrance exams in the main specialty trombone (teachers Viktor Lebedev, Alexander Nyankin) and electives – saxophone, trumpet, composition, piano, organ. It was a huge step for her further education as well as her development as a musician.

During her studies at the Gnessin school, Polina took part in many international competitions and festivals, such as “Iguazu and concerto” (Argentina), the All-Russian competition for young composers (1st prize), the V. International Jazz Festival-Competition for Young Performers “Gnessin Jazz” (1st prize), International jazz festival-competition “Riga Jazz Stage” (3rd prize) and “Moscow meets friends” where she played with the Moscow Virtuosi under Vladimir Spivakov. She was also honored as the best student of the school in 2015 and graduated there in 2018 with the highest honors.

Her many and various interests, both musical and extra-musical made it a difficult choice – but in the end she chose the classical trombone as her main path. She entered the Hochschule für Musik, Theater und Medien Hannover to study with one of the best trombone teachers in Europe – Professor Jonas Bylund, with whom she continues to study.

The Nikolaisaal Potsdam invited Polina in 2020/2021 to its debut series for a number of chamber concerts and education programs. In October 2020, she played a concert with the NDR Radio Philharmonie Hannover under Andrew Manze at the NDR Funkhaus Hannover.

Engagements in the season 2021/2022 include a series of eight concerts with the Neue Lausitzer Philharmonie under Ewa Strusińska, concerts at the Nikolaisaal Potsdam, in Barcelona and in Alsace as well as her debut at the Konzerthaus Dortmund with the Dortmunder Philharmoniker.

“…in a word: exceptionally promising”
(Neue Presse, concert with the NDR Radiophilharmonie and Andrew Manze)

“The greatest surprise, however, was Polina Tarasenko in Lars Erik Larssons concerto for trombone and string orchestra”
(Hannoversche Allgemeine Zeitung) 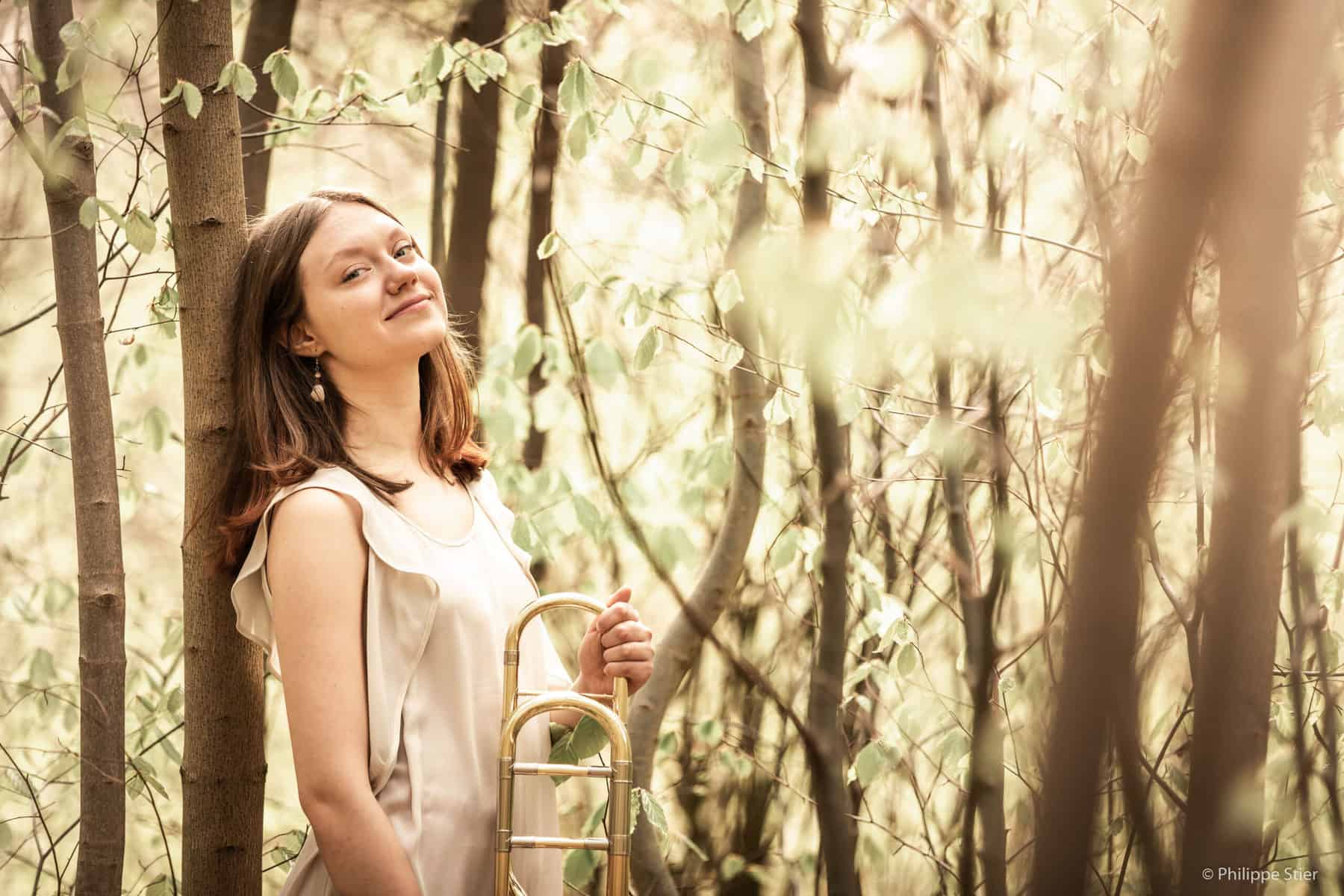 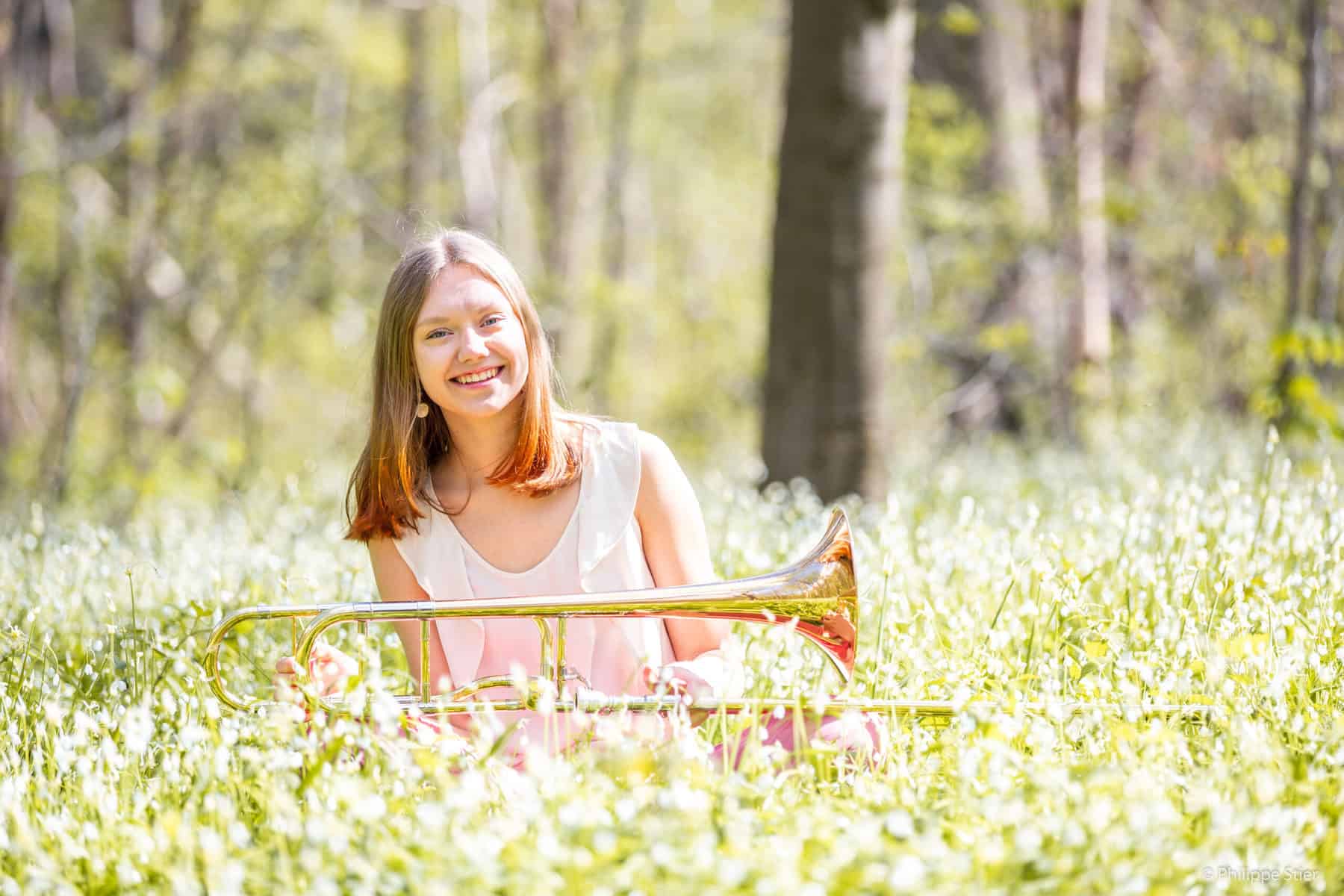